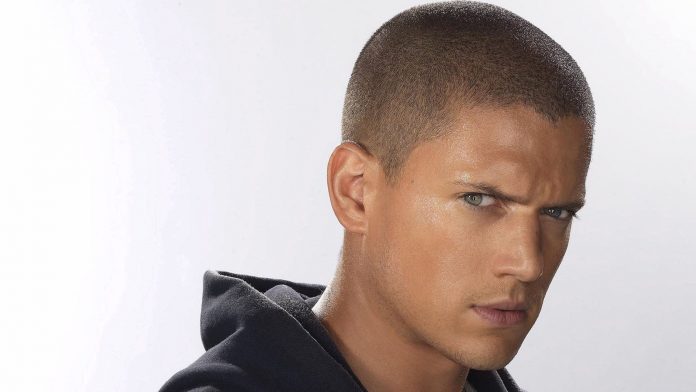 The buzz cut is an ultra low maintenance hairstyle for men that just happens to be stylish, mature, and looks good on just about anyone. While the basic principle behind what makes a buzz cut is pretty simple, there are a surprising number of different ways to wear this cut depending on your face shape, hair texture, and your personal style tastes. Read on to see some of our favorite buzz cut styles and find out everything you need to know about the benefits of going buzzed, how to get the look, and our top tips for pulling it off.

Cut your hair short enough, and it can’t cause you problems. There’s a reason that buzz cuts are so popular among members of the military and guys like firefighters and welders who wear helmets and other headgear in hot, sweaty environments. Wearing a buzz cut style makes it impossible for your hair to get in your eyes, and it won’t stick to your forehead or the back of your neck, keeping you as cool and comfortable as possible.
Outside of these functional pros, buzz cut styles have gained popularity as a stylish and mature look. We’ve seen famous men like Justin Timberlake and Zayn Malik choose a buzzed style when transitioning to more grown up phases of their careers, and the same can work for any guy entering a new phase of life or if you simply just want a change in your look.

2How To Get The Look

If you’re going for a buzz cut style that’s a uniform length all around, investing in a set of clippers will make it easy for you to cut your own hair and maintain it as it grows. If you’re unsure what length of buzz cut you’d like, the safest strategy is to use a higher numbered guard on the first attempt, and then work your way down if you’d like it shorter. There’s nothing worse than an uneven cut, so you’ll want to make many passes over your head, being sure to move the clippers at different angles to catch hair growing in all directions. For guys choosing a longer buzzed style, it’s a good idea to remove the guard to clean up hair on the sides of your neck and around your ears, but you might need some help getting this part done just right. If you’re looking for a faded buzz cut style, it’s best to head to a barber to ensure your style looks crisp and even.

3Tips For Pulling It Off

Pretty much any guy can pull off a buzz cut, but certain variations will look better depending on your face shape and the texture of your hair. Guys with very straight hair might find that it sticks up and can look fuzzy in longer buzzed styles like the butch cut, and do better either going with a very short buzz cut or something longer on top like a crew cut. Most buzz cuts are flattering on men with oval shaped faces, but guys with full cheeks and round faces look best with styles that are shorter at the sides and a bit longer on top, as this can help to elongate the appearance of your face. If you’re a first-time buzz cut wearer, you might be surprised to notice some unevenness in the shape of your head. Leaving hair longer on top can help camouflage a head that comes to a point on top, while a drop fade can conceal any bumps or lumps at the back of your head.

Guys with receding hairlines are among the best candidates to wear a buzz cut style, because longer hair actually tends to draw more attention to the areas where your hair has stopped growing. By wearing a shorter hairstyle that doesn’t attempt to hide your hairline, you’ll project confidence while looking modern and on trend. Embrace your look by going for a buzz cut style, and you’ll be in good company among celebrities like Jason Statham, Jude Law, and Bruce Willis.

As short as you can go without using a razor, the induction cut is achieved by using a set of clippers with no guard on. Named after its popularity among new military recruits, the induction cut makes styling and upkeep require no thought at all, but you might need to pay more attention when it comes to sun protection for your scalp.

The term “butch cut” can refer to any longer buzz cut style, usually using a #3-#5 guard all around. It’s the perfect low maintenance style for first-time buzz cut wearers.

Between the induction cut and the butch cut is the burr, a short buzzed style that’s shaved with a #1 or #2 guard all over. If you love the shape of your head and don’t mind a bit of scalp showing through your hair, this is the buzz for you.

This classic faded buzz cut smoothly transitions from one length on the top of the head to slightly shorter back and sides, making it one of the most professional looking ways to wear a buzz cut style.

Leaving hair up to several inches long on top allows for the brushed in front styling technique that gives the brush cut its name. If you’re looking to slim and elongate the appearance of your face, this is perfect buzz cut for you.

The razor line adds a little extra detail to this faded buzz cut style, but it won’t take you any more time to style your hair in the morning.

A classic in modern men’s haircuts, the crew cut is easy, professional, and looks good on just about everyone. This ultra short crew cut uses about a #5 guard on top, leaving hair just long enough to comb over to one side.

Essentially a longer version of the crew cut, the ivy league haircut (also known as a Princeton clip) gives you more freedom with how you style the longer hair on top of your head. This buzz cut style uses a higher guard on the top (#7-#8) and fades to shorter lengths at the back and sides.

The high and tight is another military standard that’s become popular as an everyday style. With buzzed hair on top and even more closely shaved back and sides, the high and tight can be easy enough to do on your own if you don’t want to incorporate any fading.

If you prefer having a professional keep your super short hair looking stylish, why not have them add a skin fade into the mix? This buzz cut keeps things fairly short with a #1 guard on top but requires a little more barbering skill to execute a smooth skin fade at the back and sides.

This longer buzz cut uses style elements like a temple fade and clean lineup at the hairline to look a little crisper than a home clip job.

Who says buzz cuts have to be boring? Show off your artistic side with shaved designs in your buzz cut style.

Cutting a straight fringe across a butch cut helps to frame your eyes, while a skin fade keeps this style looking clean and fresh.

An old military standard, this flat top is a vintage buzzed look that gained some mainstream popularity in the 1950s.

A more intense, edgy version of the high and tight, the recon buzz cut features a smaller patch of longer hair that begins before the crown of the head and extends only an inch or two on either side of the center of the head.

Even though your buzzed hair is too short to part, adding a hard part or razor line where your part would naturally fall helps to make the style look more dapper, especially for an occasion that calls for a suit and tie.

This caesar buzz cut keeps hair about the same length all over but leaves slightly longer pieces at the fringe that can be styled forward.

If you’ve gone all the way down to an induction cut and your hair still doesn’t feel short enough, it’s time to break out the razor! Popular among some athletes, the razor shaved look has also caught on as a stylish choice thanks to famous wearers like mega-star Dwayne Johnson.

If you’ve been thinking about experimenting with color, combining platinum hair with a buzz cut makes it a lower risk move and won’t come out looking too over-the-top.

Let your beard be the star of the show by combining it with a minimalist buzz cut.