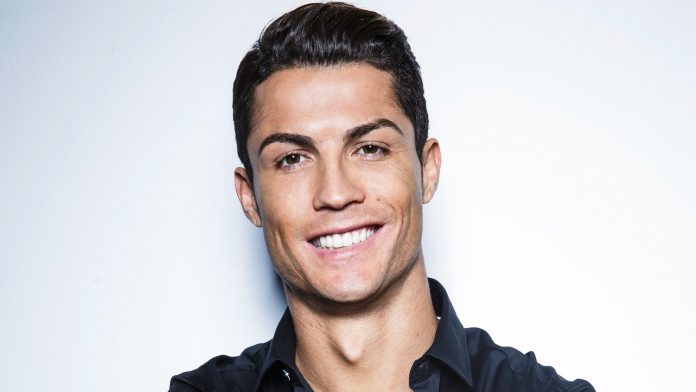 Style icons come and go, but every now and then a person emerges who captures the public’s attention with their signature look. Although athletes are known for their physical prowess first and foremost, it’s surprising how often professional athletes become style icons in their own right. As the world’s most famous football player, Cristiano Ronaldo has been an internationally known athlete for over a decade, and he continues to surprise us with his bold new haircuts. While some of his older styles feature natural curls and even mullet stylings, more recent Cristiano Ronaldo’s haircuts tend to favour disconnected undercuts, hard parts and razor lines, and ultra slicked styling with a hefty amount of product. How else could he keep his hair in place during a 90 minute match? If you’re feeling as bold and outgoing as team Portugal’s captain, our favorite Cristiano Ronaldo haircuts are sure to get you in the mood to take on the whole world.

More classic looking than some of Ronaldo’s trendier haircuts, this stylish crew cut features gradually faded sides and is styled with product on top that provides texture and hold.

With hair styled back and off to one side, this tapered Ronaldo haircut looks trendy and stylish, but could still work in a professional environment or for a special occasion.

3Undercut With Highlights And Spikes

Like so many men’s haircuts at the moment, this look features shorter undercut sides and longer hair on top. These longer pieces are enhanced with honey colored highlights that help to create depth and dimension in the hair, and make Ronaldo’s spiky styling more apparent than if his hair was one solid color.

With hair parted at the side and styled in a comb over instead of spiked or slicked back, this is one of the softer Ronaldo haircut styles we’ve seen on him.

When Ronaldo’s hair is left longer and a lighter hold product is used, you can see the naturally curly texture in his hair. This particular look features shorter undercut sides that make this an easier haircut to style than if curly hair was left longer all over.

One of Cristiano Ronaldo’s most well known haircuts, this bold look featured a zigzagged razor line shaved into one side, a hard part dividing undercut sides from longer hair on top, and a crisply defined hairline. With so many things going on at once, this might be a tough look to pull off it you aren’t the world’s most famous footballer.

With longer hair running down the middle of the head from the forehead down to the nape of the neck, this Ronaldo haircut has been cut into a mohawk shape, but styling helps to enhance the look. If you’re after this sculpted style, you’ll need to use a strong hold gel to lie hair flat at the sides and spike it together in the middle.

Putting his own sporty spin on a modern classic, Ronaldo’s hard part is close to the centre of his head, and is accompanied by two other razor lines lower down on one side.

A younger Cristiano Ronaldo showed off his natural curls with this taper cut that’s left longer on top. Not one to be too basic with his style, this curly haircut gets a boost from some blonde highlights concentrated at the front of his product-enhanced curls.

Going for a super high undercut on one side, this look blends modern trend with Cristiano Ronaldo’s signature flamboyant style. The hard part shaved into the hair is thicker than the typical standard, making the added detail a stand-out that fans should be able to spot from up in the stands.

Forever a lover of the slicked and sculpted styles, another early style of Cristiano Ronaldo’s features waves slicked back enough to be out of his face, but not so much that they completely lose their natural texture.

Another example of Ronaldo playing with a hard part in his haircut, this look features some softer styling on top that looks more like a quiff than the spiked and slicked styles we’re used to seeing him wear.

With straight-up, super spiky styling, this bold look is capitalizing on the ’90s style revival in a big way. You’ll need to use a strong hold gel to get your hair to stand up this straight, and blow drying it in an upward motion before applying product can help guys with limp or fine hair to get their spikes to stand tall.

Unlike a hard part that’s shaved into the head where the hair actually parts, this razor line detail is pure decoration. Ronaldo’s razor line detail here is quite a bit thicker than average, which perfectly suits the forward’s dominant personality and playing style.

15Undercut With Side Spikes

This Cristiano Ronaldo haircut features the longer hair on top and closely undercut sides that are so trendy in men’s hair right now, but the side swept spikes on top set this style apart from most men’s everyday look.

In an uncharacteristically soft styling, Cristiano Ronaldo haircut has been swept back in a subtle pompadour style. Another slightly different element to this haircut are in the sides that are faded rather than being undercut at an even length all around. The end result is a classy and modern style that almost any guy can pull off.

Taking it way back, Cristiano Ronaldo’s haircut is old school mullet perfection that shows off his natural curls.

This faux hawk haircut is styled more softly than some of the ultra sculpted versions we’ve seen Cristiano wearing, which lets a bit of his hair’s natural texture come out in a wavy pattern.

This super slicked style is actually one of Ronaldo’s more laid back looks. It doesn’t feature any razor lines or disconnected undercutting, but simply slicks hair back into a suave style that transitions well from work to play.

With a razor line detail near the centre of his head, Cristiano’s styling is a little softer in this modern metro haircut. If you’re looking to get a similar style that’s got strong hold but not quite the locked in power of a gel, try purchasing a thick, water based pomade.

21Undercut With Waves On Top

This undercut style from Cristiano features lightly styled hair on top that’s got a bit of wavy texture, while the sides are kept crisply undercut for a clean look.

Before he was an internationally known football superstar, Cristiano Ronaldo wasn’t into the suave, slicked styles we see him wearing today. This older haircut is a more simple mid length look that shows his natural curls, but the highlighting throughout shows the future of the image conscious star we know today.

It’s nice to see Ronaldo’s styles off of the pitch, where he tends to wear his hair in more subdued styles. An ultra modern yet restrained look, this Ivy League haircut keeps things longer on top with tapered sides, and looks especially impressive when combined with a well tailored suit and tie.

Somewhere in between Ronaldo’s older curly looks and his modern ultra-slicked styles, this haircut keeps things curly on top, but features tapered sides that fit in with any classic men’s haircut.

This faux hawk haircut is styled with soft spikes rather than being boldly slicked into place, making this the perfect Cristiano inspired style for guys who like artistic hair that isn’t overladen with product.

With hair styled forwards and the upwards at the forehead, this Cristiano Ronaldo haircut is fun and playful, while being a little more easygoing and mainstream than some of his more boisterous, razor line looks.

Combining slicked and parted looks, this Ronaldo haircut is dapper, suave, and a little bit subdued compared to some of Ronaldo’s more outgoing, faux hawk looks.

Even when he’s using product to spike and control his hair, Cristiano Ronaldo loves incorporating a side swept styling. If you’re hoping to recreate this look at home, try styling hair in the opposite direction it naturally falls, as this will help your spikes to stand up.

As Cristiano Ronaldo’s version of a businessman haircut, this look is crisp and clean, and even the hard part detail is surprisingly subdued and natural looking.

With a more forward directed styling technique, this spiky look from Cristiano Ronaldo even allows a tendril of hair to curl over his forehead, something we haven’t seen since his younger, curlier haired days.