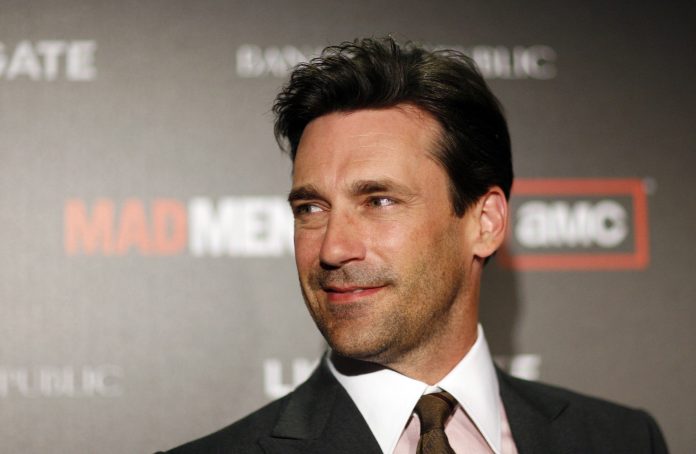 Choosing a haircut can be tough, and it’s even harder when you don’t know how to describe what you’re looking for. Men’s haircuts come with their own set of names and terminology, but they tend to get less attention than women’s hairstyles, remaining a mystery to most guys who don’t work in the hair and beauty industry. To help demystify the world of hairstyles for men, we’ve collected 20 different types of men’s haircuts. From simple classics like the crew cut and Ivy League to more modern creations like the faux hawk and mohawk fade, there’s something that every guy will feel great wearing.

A modern classic, even if you don’t know the crew cut by name you’ve seen it worn by men across all age groups and professions. The crew cut is short all around, but leaves hair long enough on the top of the head so that it can be styled, but not necessarily combed over. Tapering towards the back of the head and also at the sides, a fresh crew cut looks clean and presentable, and it won’t take you long to go from waking up in the morning to being styled and out the door.

Super short and incredibly low maintenance, a burr cut is a very short buzz cut achieved by using a #1 clipper blade all over the head. If you’re looking for a haircut that you can give yourself every few weeks, nothing beats the burr for ease and simplicity. Besides being a fairly popular military style, this short cut is also popular among men with thinning or receding hair and those whose biggest desire is to have a haircut that requires zero styling.

Essentially a longer version of the crew cut, the most notable characteristic of the Ivy League haircut is that it’s long enough on top to be styled to the side. The Ivy League still tapers in length towards the back and features tapered sides, but looks more fun and stylish when compared to the military like the precision of the crew cut. The Ivy League haircut is still appropriate for professional settings, but frequent trims are needed to keep hair from looking long and shaggy around the ears and at the back of the neck.

Featuring expert precision in gradually shortening hair, the classic fade haircut is an excellent way to wear your hair in a very short cut that requires no styling but looks clean and crisp. The pictured version represents a skin fade, where hair is short enough at the back and sides that it appears to fade out into the skin.

Sometimes the businessman haircut is called a regular haircut or a regular taper cut, but we think businessman has the best ring to it. Professional yet stylish, you’ll feel like Don Draper when you put on a suit and style this haircut with a deep side part and combed back sides.

With a pretty self-explanatory name, the flattop haircut is named after the hair on the top of the head that’s cut to form a flat horizontal surface, either when styled or in its natural state. Popular in the 1950s among military men, the flattop is usually combined with tapered hair at the back and sides for a serious “don’t mess with me” vibe.

A slightly longer buzz cut, the butch cut uses anywhere from a #3 to a #5 guard on your clippers. This is a good way to go if you’re just considering a buzz cut for the first time and helps to hide any irregularities in the shape of your head while still presenting a low maintenance style that you can trim by yourself at home.

The edgy mohawk is undeniably eye-catching thanks to its long strip of hair running down the middle of the head and contrasting shaved sides. Modern incarnations of the mohawk haircut were started by the punk subculture of the ’70s and ’80s, and while present-day mohawks still feel edgy, they don’t hold the same shock value as decades ago.

Another popular haircut inspired by the military, the “hight and tight” name is given to a guy’s cut that’s short on top, with a high fade that blends into even shorter hair at the back and sides. As far as upkeep goes, a high and tight usually requires no daily styling, but you’ll need fairly regular trims to keep everything looking short and clean.

Whether you’re a full-time surfer or a corporate guy who just wishes he was, a mid-length layer cut is one of the best ways to wear longer hair without looking messy or disheveled. A series of layers keeps hair shorter around your face, but they’re usually long enough to still tuck behind your ears or partially tie back if needed.

While the fade line in most haircuts runs parallel to the top of the head, a drop fade describes any haircut where the fade line drops or dips lower at the back of the head. This skillful barber’s technique can be used to camouflage any irregularity in the shape of your head but is often just a style choice that fits the wearer’s personal preference.

Named after the famous leader of the Roman Empire, the Caesar haircut has a distinctive fringe of hair that’s cut straight across the forehead. The length of this fringe can vary greatly, and modern versions of the popular Caesar have included everything from longer, heavily styled looks worn by ’90s boy band members, to the shorter textured Caesar that George Clooney sometimes sports.

Offering up longer hair on top that you can style and play with, combined with ultra short sides that you can keep trimmed by yourself at home, the undercut’s continuing popularity isn’t hard to figure out. Instead of featuring hair that tapers or fades in length down the back and sides, an undercut has shorter hair that’s cut to a uniform length with clippers. One of the most popular men’s haircuts of the last several years, the undercut went from edgy and trendy to being a commonplace sight on men in a wide variety of age groups.

The temple fade haircut is named for its low fade at the temples and usually features a fade at the nape of the neck as well. You can wear this haircut with a whole variety of hair lengths up top, and it’s a good way to grow out your sides if you’re transitioning from a higher fade haircut or undercut style.

Taking the part to an extreme, a hard part haircut uses electric clippers or a razor to actually shave a semi-permanent part into the hair. Also called a razor line, the hard part haircut offers up a very defined and deliberate style, and is a great way to mix modern and classic elements. One word of warning if you’re thinking of trying this style, a hard part can be a pain to grow out, as you’ll be left with a line of awkward stubbly hair as it fills in.

As a less extreme take on the mohawk haircut, a faux hawk features a strip of longer hair running from the forehead to the nape of the neck, while the sides are kept shorter instead of being completely shaved. The faux hawk was hugely popular in the early 2000’s thanks to famous wearers like David Beckham and has continued to be well represented by European men.

Considered a version of the flattop haircut, the hi-top fade became trendy in hip-hop inspired styles of the ’80s and early ’90s. With faded hair and the back and sides, the hi-top can reach impressive heights when it’s shaped by a skilled barber.

Putting a trendy spin on the edgy mohawk, a mohawk fade haircut uses the fading technique to help blend the longer strip of hair with shaved sides. This haircut is a great choice for anyone who likes the mohawk silhouette but wants theirs to look more stylish and less DIY.

Although lots of guys who grow their hair long choose not to have it cut into a specific style, adding layers can help to make styling easier and eliminate the bulk and heaviness that comes along with having thicker hair.

The name pompadour is used to describe almost any men’s style where hair is styled up and away from the face, creating a high volume style. But the best way to make this style a reality is to start with a haircut where hair is several inches long at the forehead and tapers dramatically in length toward the crown of the head, allowing for this bold shape to take place when hair is properly styled. While the pompadour haircuts of the ’50s would have featured slicked back hair at the sides, most modern versions incorporate faded sides that lead to an easier time with styling.