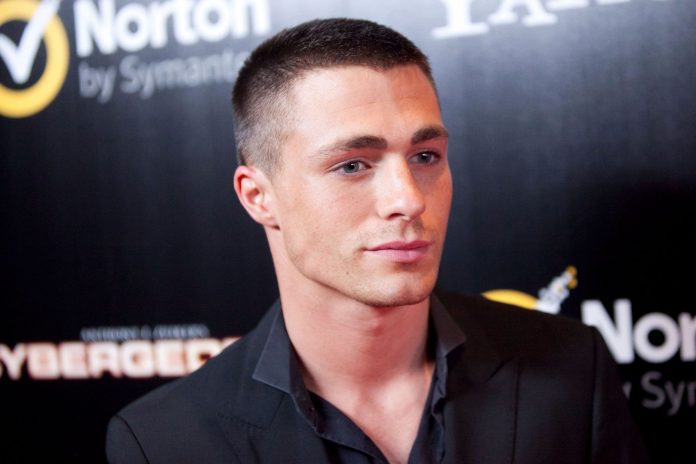 You don’t have to enlist to appreciate the clean look of a military haircut. And while the idea that only certain haircuts are acceptable for men to wear is being more frequently ignored, the classic haircuts associated with the military offer up timeless looks that are versatile and easy to style. With faded sides and crisp details that keep things looking clean and professional, military haircuts are a great option for men in almost any profession. Whether you’re looking to shave it all off, or go for a tightly structured crew or Ivy League cut, these crisp military haircuts will have you ready for action.

Shorter than a crew cut but longer than closer shaved styles like the burr or induction cut, this standard butch cut doesn’t feature any fading on the sides, meaning anyone with clippers can easily make this haircut happen using a guard anywhere from #3-#5.

This short crew cut is long enough to apply some styling technique, but tapers in length towards from front to back and is sharply faded around the sides to keep the clean look you’d expect from a military haircut.

A longer style compared to most military haircuts, this side parted regulation cut is long enough to comb to one side, while close tapering at the back and sides prevent it from looking shaggy or messy around the edges. Unlike some of the shorter military haircuts on our list, the regulation cut transitions seamlessly into a more business oriented professional setting.

A super short military haircut created by using a set of clippers with no guard attached, the induction cut is aptly named, being that it’s traditionally given to new recruits. Outside of the military world, induction cuts have become popular for aesthetic reasons, especially among men with thinning or receding hair. Going nearly bald can is a bold choice, and you’ll be rewarded with an edgy boost to your look that requires zero styling time.

High and tight is a broad term used to describe military haircuts with a close fade that begins fairly high up on the head.

This faded flat top takes a little bit more work than a standard burr or butch cut, since you’ll need to use a comb and clippers to get the signature flat top shape.

A step up from the cuts that are uniform in length, this burr cut is seamlessly faded at the back and sides, while a subtle razor line provides a nice added detail.

This short version of a butch cut features no fading, making it an easy military haircut for anyone with a set of clippers to maintain at home on their own.

This classic crew cut is short and clean enough to be part of the military haircut family, but also transitions well to events that require a jacket and tie. Even if you aren’t attending any red carpet events, you’ll look dapper and clean cut wherever you go.

A fairly common version of the high and tight style involves a skin fade at the back and sides, and looks smooth, clean and deliberate when executed by a skilled professional. This attention to detail helps to make this style stand apart from military haircuts that are a uniform length all over.

A longer, more formal military style, this Ivy League haircut is long enough to be combed over on the side, but still looks incredibly clean thanks to the tapering from front to back, along with crisply faded sides.

With a much smaller section of longer hair left on top, this version of the high and tight is most often called a “recon”, but you don’t have to be headed on a mission to pull this one off. This super short version actually mimics a mohawk’s silhouette, which helps to give it a little extra edge.

This crew cut is styled with a little less precision in the front, but hair is still short enough to look clean and put together, especially when combined with fading at the back and sides.

Named after the brushed up styling technique used on the longer hair up top, the brush cut is a fairly standard taper cut that’s one of the easiest military haircuts to wear, especially for guys with super straight hair.

15Hight And Tight With Close Fade

This high and tight haircut features a nice distinction between slightly longer hair on top and sides that have been faded super close to the skin.

One of the longer crew cuts on our list, this look is tapered at the sides instead of being closely faded with skin showing. If you’re looking to try a military haircut but you’re worried about your scalp getting sunburned (or super short styles just aren’t your thing) this tapered crew is a great option for a slightly longer look that’s still clean.

Leaving hair a little bit longer on top creates this hybrid style between a crew cut and the high and tight recon. You get the extra styling options on top, while keeping the ultra low-maintenance military look of a mostly shaved head.

With a very small bit of fading between differing lengths on the top and sides, this style looks more like a trendy undercut style than a traditional military haircut.

If you’re looking to put a little more interest in your military haircut, try mixing the butch cut with faded sides.

Go one step further than the induction cut by using a razor to eliminate the layer of short stubble that electric clippers leave behind. Just like when you’re shaving your face, you’ll want to use a moisturizing shaving cream to protect your skin, and ensure razor blades are sharp, as dulled ones are more likely to irritate skin.

This vintage version of a military haircut features hair that’s long enough on top to be worn in a slicked style, while undercut sides bring in the classic clean we’ve come to expect from a military look. Although no longer worn in the military, this vintage style has been a hugely popular trend in recent years, and you definitely won’t feel out of place sporting this style.

22Side Combed High And Tight

This high and tight haircut takes styling in a slightly different direction by combing hair on top to the side instead of straight forward. Other extra details like the clean line-up in front help to elevate this look beyond the standard military haircut.

Starting your fade a little bit lower down can help alter the silhouette of your head, balancing out other features like prominent ears or cheeks.

This longer haircut is crisply styled into a more formal version of a military haircut, while a hard part detail helps bring in modern style points.

If you like the length of a butch cut but want the added style elements that a skilled barber brings, try this low fade version of one of the standard military haircuts. This level of fading is perfect for guys who want to keep things looking clean around the ears without showing too much scalp.

The addition of a low fade takes this crew cut from standard to crisp and precise. Have fun playing with product and styling your hair on top without having to worry about keeping the sides of your hair looking neat.

Even a military haircut as short as this looks more clean and professional with slightly faded sides. This is a great style for any low maintenance guys who want to keep their hair from looking lazy.

Another old school style, this military haircut balances longer hair on top with closely faded sides for a classy cut with vintage inspiration. The hard part provides a nice extra detail, but you can wear this haircut with or without the razor line.

29Shape Up With Low Fade

This precise detail in the hairline around the face is what’s commonly referred to as a “line up” or “shape up”, and is a great way to be on trend even with a shorter military haircut. A low fade keeps this cut looking clean around the ears, while giving more room to show off the crisp line up around the temples.