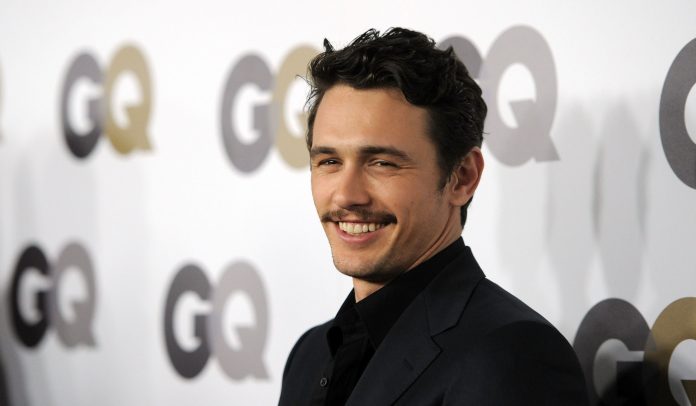 20 Mustache Styles And How To Achieve The Looks

For many men, facial hair styles are an important part of their personal aesthetic, sometimes even more than the hair on top of their head. Mustache styles are one way to make a statement with your facial hair, and come with a few benefits over fully bearded styles. Men with patchy hair on their cheeks can wear a mustache with confidence, while guys in hotter climates or labor intensive jobs often find that a mustache is more cool and comfortable than wearing a full face of whiskers. From simple looks to those worn in combination with a beard, there are a surprising number of ways to wear a mustache. Read on to see 20 of the most popular mustache styles and read up on who they look best on and how to achieve them.

This vintage fave is making a big comeback among hip young men who appreciate well-groomed facial hair. Getting your mustache to comply with the handlebar shape isn’t as easy as it looks, and you’ll have to train your hair to curl upwards into the classic curved shape. Use a mustache comb to direct wet whiskers into the desired shape, and finish with a mustache wax to hold in place. This practice will take some time, so be sure to repeat this process each day as your hair continues to grow.

A full mustache with a set of pipes that extend down to the chin, the horseshoe (also known as a biker mustache) is a badass style that will make you look a whole lot cooler, and maybe a little less approachable. The horseshoe will elongate the appearance of your face, making it a good choice for men with rounder faces, while anyone with an already long face might want to give it a pass.

When most people think of a classic, masculine mustache, the chevron is probably the style that first pops in their head. Worn by ultra-manly pop culture icons like Magnum P.I., the chevron is full and thick, but still looks neat thanks to regular trimming that keeps it from extending past the outer corners of the mouth.

What do Ron Swanson, Albert Einstein, and Super Mario have in common? A painter’s brush mustache! Another classic mustache style, the painter’s brush is a thick mustache similar to the chevron, but features hair extending farther past the corners of the mouth. Whether you combine it with a bit of stubble as pictured or with a fresh shave every morning, this is one of the most iconic ways to wear your facial hair.

A long, thin mustache that’s been dramatically styled to point upwards, the Dali is named after surrealist artist Salvador Dali who famously wore this avant garde facial hair style. Unless you’re also an eccentric genius, this one will be pretty hard to pull off in real life, but there’s always Halloween.

A thin mustache that extends to the corner of the lip on each side, the pencil mustache was popular in the ’30s and ’40s, and was a staple on the faces of Hollywood’s leading men. You can wear this mustache in a single uninterrupted line, or wear it with a shaved section above the centre of your upper lip. When you’re shaving your upper lip to create a thin pencil mustache, it’s a good idea to use a clear shave gel, as thick white foam can make it difficult to see the thin strip of hair that you want to leave in place.

The english mustache is similar to the handlebar style, as they have similar shapes and both require styling with wax. The main difference is that while the handlebar curls hair up and away from the mouth, and english mustache guides hair out and away from the face, usually extending in a straight line from the mouth. Depending on how long you let your hair grow, this can create anything from a subtle look to a show-stopping ‘stache that could poke someone’s eye out.

The granddaddy of all mustaches, the walrus style requires very thick, straight facial hair to get just right. A walrus mustache is long enough that it covers the upper lip, which leads to less trimming but definitely requires more care when you’re eating. If you’ve got a surplus of facial hair and you love vintage masculine looks, give this mega-sized mustache a try.

A miniature version of the classic handlebar mustache, the petit style is a good choice for men who want a slightly less intense mustache look. You’ll still need to train your hair to be styled into the upturned handlebar shape, so it’s a good idea to begin guiding your hair in this direction as you’re growing this mustache out. Pair it with a clean shaven face and an undercut hairstyle for an edgy vintage vibe.

The imperial is a thick mustache that includes hair from the upper lip and extends out onto the cheeks, making it a rather intimidating look that can be hard to pull off in a modern context. To keep this mustache style from looking messy, be sure to wear it with clean shaven chin and cheeks.

Sometimes called the ‘Rap Industry Standard’, this style combines a thin mustache with an equally slim goatee and chin strap. Because of the slight, straight lines you’re working with, a sharp razor and precise hand are needed to get this mustache looking just right. If you’re serious about getting this facial hair style, consider investing in a straight edge razor that will make it much easier to shave in small, precise strokes.

With a narrow top and a wide bottom, the pyramid is similar to the lampshade, but extends farther down past the lips. Choose this style if you like the triangular shape and you’ve got very thick facial hair that can support a larger mustache like the pyramid.

The anchor style comes from combining a pyramid or pencil mustache with a pointed beard at the chin. This is the perfect facial hair style for men who love mustaches but also want to help define their chin or jawline. Besides being a favorite of Johnny Depp, other celebs like Robert Downey Jr. and Christian Bale have been known to sport this look.

Combining a mustache with a thick goatee that often extends along the jawline, the balbo is a great style for men who want to add some chin-defining power to their existing mustache style. Although there’s a lot of facial hair involved in this style, it requires careful trimming to keep the goatee and mustache separate, and most of the cheeks free of hair.

Named after legendary musician Frank Zappa who was well-known for sporting the look, the Zappa combines a thick mustache that extends past the corners of the mouth with a soul patch underneath the bottom lip. The width of this mustache helps to widen the appearance of the face, making it a good choice for men with long or thin faces.

Combining long sideburns that extend down below the mouth with a connected mustache, this is an old school style named after a Russian general. Because it requires relatively thick sideburns, you might find that growing out a full beard and then trimming it back will be the easiest way to achieve this mustache style.

Another mustache style that might not be practical in your day-to-day life, the Fu Manchu consists of hair at the corners of the lips grown long enough to extend down past the chin. The rest of the face, along with the middle of the lip should be clean shaven, although you can choose to combine this look with a long chin beard.

A version of the walrus mustache, this style lets hair grow quite long at the corners of the mouth, and hair is expertly shaped to angle away from the mouth. If you like the ultra-bushy walrus style but want to appear a little more refined, the Yosemite Sam mustache should be your next facial hair goal.